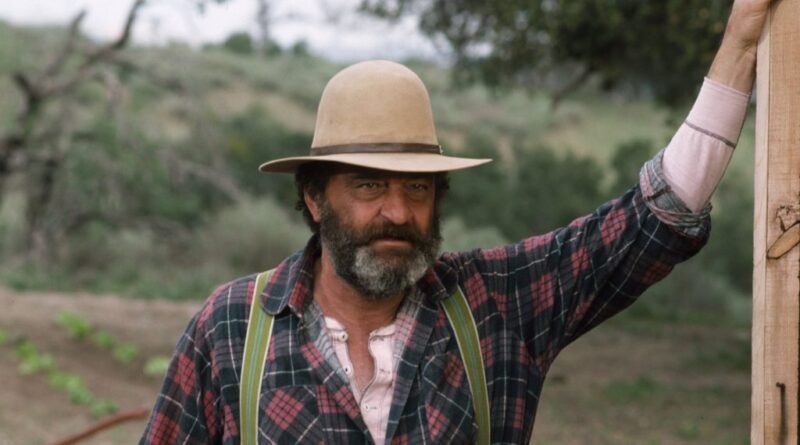 Uncategorized
June 15, 2021June 21, 2021 MarkWGC
Victor Edwin French (December 4, 1934 – June 15, 1989) died 32 years ago today at the age of 54.
He is remembered for roles on the television programs Little House on the Prairie, Highway to Heaven and Carter Country. Born in Santa Barbara, California, to Ted French, an actor and stuntman who appeared in westerns in the 1940s, French later appeared with his father in one episode of Gunsmoke entitled “Prime Of Life” in 1966, as well as a war film in 1963 called The Quick And The Dead. Ted French died in 1978.
Following in his father’s footsteps, French also began his television career as a stuntman in mostly westerns and anthology shows. During this period, he guest starred in some thirty-nine television series. Though he was uncredited as an office clerk in the film, The Magnificent Seven, French’s first real western role was the 1961 episode “The Noose” of the syndicated series, Two Faces West; his fellow guest star on the segment was L.Q. Jones, another actor destined to become well known in western roles. French was cast as Larrimore in the episode “Fargo” on the ABC/Warner Brothers western series, The Dakotas.
French appeared twenty-three times on Gunsmoke, often playing a crook, whether dangerous or bumbling.
On October 25, 1971, he portrayed a cold-hearted gunman named “Trafton”, who while robbing the communion vessels in a Roman Catholic church murders a priest. As the clergyman lies dying, he forgives his killer, a development which dogs Trafton, who holds human life in low regard, for the entire episode until he is shot to death by Marshal Matt Dillon. French guest starred in another episode, titled Matt’s Love Story, in which Dillon falls in love with a character played by Michael Learned. This episode would then lead to the story line in the 1990 made-for-television movie, Gunsmoke: The Last Apache in which Matt rejoins with Learned’s character “Mike” and he learns that he has a grown daughter.
The appearance also led to French’s re-teaming with Learned in a guest-actor role on The Waltons a year later. In “The Fulfillment”, French plays a blacksmith named Curtis Norton whose wife could not have children and subsequently adopts an eight-year-old orphan boy who has come to spend the week on Walton’s Mountain.
This led to his being cast in his most well-known role as Mr. Edwards in the series based on the books of Laura Ingalls Wilder entitled Little House on the Prairie, beginning in 1974.
In other work, French also starred opposite Elvis Presley in the 1969 western, Charro! and played the recurring character “Agent 44” in the NBC series Get Smart in 1965-1966, where he portrayed an undercover spy who showed up in the worst, most unlikely of places (like a mailbox or a porthole in a boat) and appeared in a few episodes of Bonanza, with Michael Landon. The two young actors found considerable common ground and became each other’s best friends as a result. Shortly before being teamed up once again, French made a guest appearance on Kung Fu as a corrupt, bigoted sheriff in 1973. French also guest starred in episode 24 (“Trial by Fury”) of season 2 of Mission: Impossible, in which he played the informer in a prison.
In 1976, French appeared in an episode of the western series Sara.
In 1982, French appeared in the film An Officer and a Gentleman as the stepfather of protagonist Paula Pokrifki, played by Debra Winger.
French is most widely known for costarring with Michael Landon on two television series. He appeared on Little House on the Prairie (1974–1977), (1981–1984) as Isaiah Edwards (French also directed some episodes of Little House). He appeared on Highway to Heaven (1984–1989) as Mark Gordon.
From 1977–79, he left Little House to star as a small-town Georgia police chief in Carter Country. When the series ended, the actor was surprised that Michael Landon was agreeable to his returning to the character of Mr. Edwards. French appeared in Episode 8 of Season 6, in Episode 8 of Season 8, then returned full-time, starting with Episode 19 of Season 8.
According to interviews with Cindy Landon, and Kent and Susan McCray on the A&E DVD release of Highway to Heaven Season 3, Victor and Michael Landon were “crazy about each other”, indicating that they always made each other laugh and enjoyed each other’s company. Cindy Landon mentions that Victor was a quiet and reclusive kind of guy as opposed to Michael Landon’s outgoing personality.
A heavy smoker, French was diagnosed with advanced lung cancer in April 1989, from which he died two months later on June 15, 1989 in Los Angeles, California. According to one anecdote, he left a final, good-humored message for friends and family at his wake, having arranged for an airplane to fly overhead with it. Michael Landon died from pancreatic cancer two years later. Both men were 54 years old when they died, and both were only diagnosed with their respective illnesses a few months before their deaths. 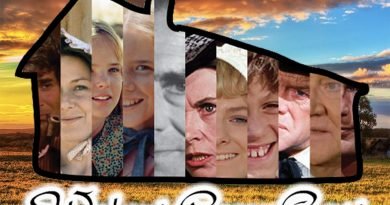 A couple changes AND a gift is on the way for Patreon supporters!