This episode was recorded way back in December – it was the first night of Chanukah and Kim Layer joined me to discuss the emotional episode Soldier’s Return.  This episode deals with PTSD in a time when little was understood and not much more than medicating the problem existed. This episode also deals with opiate addiction and the struggles associated with it.

“Coming home after 12 years of performing with a busy Philadelphia orchestra, Mrs. Whipple’s troubled son, Granville, hopes that the peace of Walnut Grove will help him shake the nightmares and the morphine addiction that resulted from an incident during the Civil War Battle of Shiloh.”

If you would like to hear more from Kim head over to her podcast, Unsolved Mysteries Rewind https://vhsrewind.com/category/unsolved-mysteries-rewind or subscribe to her podcast by clicking here Ingalls on the Prairie: An Interview with R. Lee Ingalls 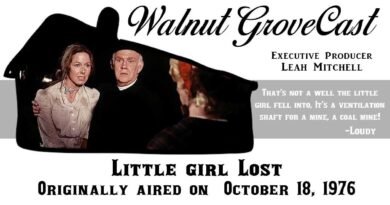